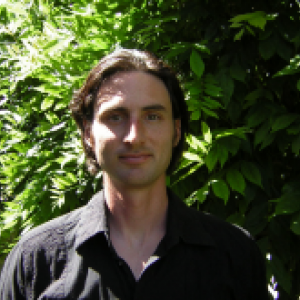 Via Zoom or In-Person

Clayton Pierce is associate professor of Youth and Society in Fairhaven College of Interdisciplinary Studies. Pierce’s research and teaching is situated within two interrelated areas of focus. As a critical theorist of education, Pierce’s work is engaged in a philosophical and historical study of the development and persistence of racial capitalist schooling in the U.S. His books and articles in this area look at how the application of neoliberal economic policies to public education in the U.S. preserve and build upon what W.E.B. Du Bois called caste education. In his book Education in the Age of Biocapitalism, for example, Pierce argues that schools in the hyper-measured and standardized classroom have more in common with genetically engineered crop fields than democratic incubators designed to build more just, equitable, and ecologically sustainable societies and cultures. In this sense, Pierce’s research and teaching is interested in better understanding how education within free market reform models manage and control populations for the needs and requirements of the 1% that have been built on the co-articulating projects of white supremacy and capitalist accumulation and expropriation.   From this context, Pierce’s research and teaching also seeks to re-imagine theories and practice of education that can create more just and sustainable human and ecological communities outside the demands and requirements of racial capitalist schooling. Within this second area of focus Pierce has developed courses and research at the intersection of food justice and radical educational projects. Working in areas such as school community gardens and campus farms, Pierce is interested in theorizing and practicing how spaces of sustenance production and community knowledge can be part of movements to learn our way out of systems of domination and oppression. Pierce sees the industrial food and schooling systems as mirroring forms of enclosure that share the same values and goals of efficiency, measurability, stratification, and inequity. Rooting questions of food, land, health, and justice in collective sites of learning is thus one way to redefine what has largely been taken away from communities in the racial capitalist development of the US. How we learn and how we eat are fundamental places to begin re-imagining and practicing education not built on thinking of humans and nature as extractive and manipulatable resources but rather diverse communities capable of creating just and healthy ways of being.   Pierce’s Fairhaven courses cover themes such as: The neoliberal takeover of public education and its implications for racial and economic justice Historical and philosophical critiques of schooling from the Black Radical Tradition and critical indigenous perspectives Food justice and food insecurity including making connections to campus and local work being done in these areas The study of different radical models of education developed by thinkers and communities in response to state compulsory schooling