Assistant Professor of Music and Society 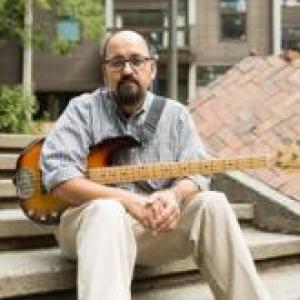 Schedule a Zoom or in-person meeting at https://calendly.com/markmiyakeapptscheduling

Mark Y. Miyake is Assistant Professor of Music and Society at Fairhaven College and leads the program in Audio Technology, Music, and Society at Western Washington University. He also currently serves as the Chair-Elect of the Board of Trustees of Humanities Washington (the WA state humanities council), on the Board of Directors of the Federation of State Humanities Councils, on the National Recording Preservation Board of the Library of Congress, and holds a rotating executive position with the Northwest Chapter of the Society for Ethnomusicology. More locally, he is also on the boards of the Center for Washington Cultural Traditions (the Washington State agency charged with supporting community and traditional arts in the state), Make.Shift Art Space (Bellingham's primary non-profit all-ages space for music and art), and Bellingham Girls Rock Camp. He has also recently served on several major awards and grants panels for the National Endowment for the Arts, ArtsFund, the Washington State Department of Commerce, and most of the organizations listed above.

Before coming to Fairhaven in 2015, he served as Assistant Professor of The Arts and Social Sciences at Empire State College of the State University of New York and as the college-wide faculty convener for their Arts programs. During his time on the East Coast, he also served as the Chair of the Folk Arts Panel of the New York State Council for the Arts (as well as on several other major panels at NYSCA and at the New York Foundation for the Arts) and as the President of the Middle Atlantic Folklife Association. Prior to working in New York, he earned a BA in Ethnomusicology and History from Indiana University and an MA and a PhD in Folklore and Ethnomusicology from the same institution while teaching, writing, and conducting ethnographic research at Indiana University and the University of Chicago for thirteen years.

Mark's teaching and research interests revolve around artistic production in cultural context. He is particularly interested in not only the content of these performances themselves, but primarily the physical, social, and cultural contexts in which they are performed, and the ways in which such performances are closely related to larger social and cultural systems—his most recent extensive research has been on the discourse on race within the bluegrass music community. Mark also has an extensive background in the music industry as a professional musician, artist manager, venue manager, and audio engineer and producer and has performed, over the last thirty years, on several different instruments in numerous groups varying in many different musical styles including rock, country, heavy metal, bluegrass, jazz, and regional musics from Latin America and Africa. Mark’s family immigrated to the United States when he was two years old, and he has lived most of his life in New York, Chicago, and Indiana. He continues to be very excited about all of his family’s current adventures in Bellingham.