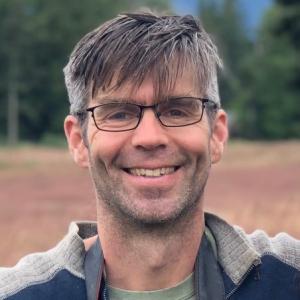 Abe has a passion for nature that traces back deep into his childhood. His early aspirations as a botanist led him to Northland College on the south shore of Lake Superior, where he completed a Bachelor’s of Science in Natural Resource Management. Early research projects took Abe to many corners of the planet, most notably, to Nepal where he served as an ethnobotanist for the Peace Corps with Langtang National Park from 2003-2004, and then to NW Yunnan and back to Nepal, where he worked as a volunteer botanist for the Missouri Botanical Gardens monitoring vegetation changes in the alpine areas during the fall of 2009. Abe completed a Master’s Degree in Ethnoecology at the University of Victoria under the Northwest Coast ethnobotanist, Dr. Nancy J. Turner from 2007-2011. During this time he began what would become a decade long apprenticeship with the late Kwakwaka’wakw elder Kwaxsistalla (Clan Chief Adam Dick) who guided and informed Abe’s study of traditional stewardship practices. In 2012 Abe moved back to his home town of Bellingham and began teaching as an Adjunct Professor at WWU’s Huxley and Fairhaven colleges. He volunteers extensively with the Washington Native Plant Society, the Shuksan Conservancy, and the Lake Whatcom Advisory Board and spends his free time foraging for wild edibles and documenting the regional flora, fauna, and funga. His teaching is typically field based and often integrates themes of natural history, ethnobotany, and environmental sustainability with the goal of instilling a deeper sense of place in his students.