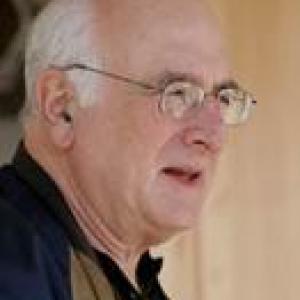 Biography Dan Larner is a playwright and theatre scholar who teaches writing, film and theatre. He is an activist in civil liberties, and a 40-year member of the Board of Directors of the American Civil Liberties Union of Washington. For the LDJ concentration, he teaches FAIR 393b, Rights, Liberties and Justice in America, a part of the core within the concentration. He is the recipient of the Liberty Bell Award from the Whatcom County Bar Association for lifetime achievement in civil rights education and advocacy, and is the advisor to the student civil liberties club on campus. Interest Areas Theater, Film/Video, Writing (Fiction, Play and Screenwriting, journalism, scholarly writing), Dramatic Literature, History of Science and Technology, Civil Rights and Liberties, Mythology, Democracy Studies. Acknowledgements & Publications â€œEducating Politicians as Playwrights: Toward a Sustainable World in Creative Conflict,â€ in the Journal of Educational Controversy, 5:1, Winter, 2010. The theme of the issue is â€œArt, Social Imagination and Democratic Education." Daniel Larner's lead article in the fall 2009 issue of The Eugene O'Neill Review, "O'Neill's Endings: The Tragicomedy of Distant Echoes," published. more > Daniel Larner Receives Liberty Bell Award (2008)