“Why I am Not a Vegetarian!” Food Fascism in India 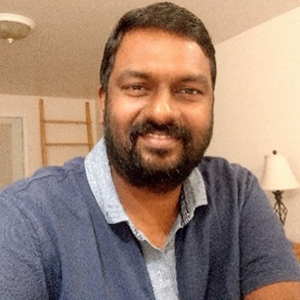 Dalit communities are one of the most marginalized scheduled castes in India. Rayson Alex will contextualize the origin, politics, cultural distinctions, and geographical peculiarities of Dalit communities in India through the mediation of a few relevant and significant food narratives. Food in these narratives is an abstract symbol of ecocultural and geopolitical identity, but one that has had tangible political outcomes. The talk will parse out caste discrimination expressed via food, and the food fascism that has been the result. The politicization of beef consumption has been a source of oppression of Dalit communities, for example, and of food fascism in India. As India continues to attempt to rise above its history of caste distinctions and intolerance, food fascism returns and deepens the divide. As ecocritics, how should we respond to the conflict over food practices and caste in India?

Rayson K. Alex is Associate Professor at BITS-Pilani, K. K. Birla Goa Campus, Goa, India. He is one of the editors of Essays in Ecocriticism (Sarup and Sons, 2007), Culture and Media: Ecocritical Explorations (CSP, 2014), Ecodocumentaries: Critical Essays (Palgrave Macmillan, 2016), Ecocultural Ethics: Critical Essays (Lexington, 2017), Anthropocene Ecologies of Food (Routledge, 2022). He has co-directed a few ethnographic video documentaries and is the co-Director of tiNai Ecofilm Festival. He is on a Fulbright fellowship at Western Washington University.